Donate to this fund 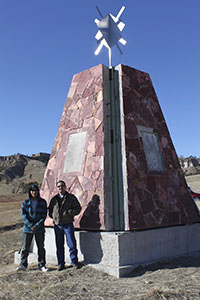 Funds are currently being sought to finish the construction of the Northern Cheyenne Breakout Monument. The goal is to raise $150,000 to complete all aspects of the monument, walkways, signage and seating area.

In 2014 the Northern Cheyenne Breakout Legacy Fund was established as an affiliated fund of Nebraska Community Foundation in order to expand fundraising efforts. The Committee worked with Redstone Project Development, Chief Dull Knife College and Nebraska Community Foundation to allow funds to be raised in Montana, where the Northern Cheyenne Reservation is located, and in Nebraska, where the Monument is located.

Your contribution will help complete the Monument for all people to visit and remember what happened at Fort Robinson, and it will provide a chance for people to heal from the senseless tragedy.