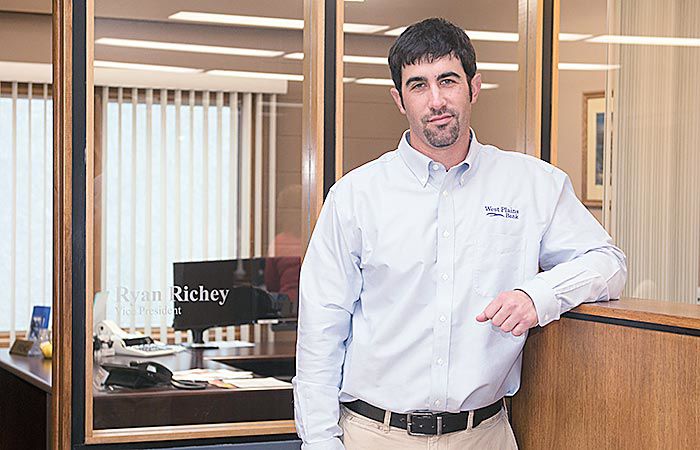 SPRINGVIEW — Opportunities are everything when it comes to choosing a place to live. And Ryan Richey wants to show that there’s no shortage of them, even in a smaller community like Springview.

Richey, a native of rural Keya Paha County, is involved in a number of ways — from his day job as a vice president of West Plains Bank to helping out on his family’s ranch and as the head football coach for the North Central Knights.

“It takes a lot of work, but it’s a rewarding experience being able to look back and see what you’ve accomplished over time,” Richey said. “There’s a lot of ways to help and get involved in the community.”

Richey is also a part of the Keya Paha County Foundation Fund, a group that has already made an impact, even though it hasn’t been around for all that long. It’s an affiliated fund with the Nebraska Community Foundation.

The county foundation was formed in 2004 as residents here realized that they needed to revitalize as rural decline continued.

“The community has been more willing to embrace more progressive ideas than 10 or 15 years ago,” Richey said.

The efforts to revitalize and invest in the community have been paying off, Richey said.

“We see more improvement and involvement, and I think people are mostly on board,” Richey said. “We always have very good turnout when we work on projects.”

The foundation was able to raise money for several projects, including upgrades to local baseball and softball fields, expansion of the local community center, new playground equipment and new equipment for the community EMTs and fire department.

The main goal for the immediate future for the foundation fund is to build up the fund’s permanent unrestricted endowment. To help meet those goals, leaders of the foundation, including Richey, built up a pool of $50,000. For every two dollars donated to the endowment, the committee will match it with money from the pool, with a goal of $150,000 total raised for the endowment.

“We can make a handful of investments that get things done five or 10 years sooner than otherwise,” Richey said. “We can make more of an impact on an annual basis.”

Richey said the local foundation has set a goal of raising $1 million in the next three years, and plans for more in the next 10 and 20 years.

“We want people to understand that if they want the community and this area to thrive, if there’s someone who can give or use money to accomplish some goals, we hope they can give some back,” Richey said. “We’re getting the word out, saying, ‘This is what we’re doing, this is what we can accomplish.’ Just trying to move the needle how we can.”

Richey was one of many in rural Nebraska who faced a choice of where they want to live and build their future.

Richey graduated from Keya Paha County High School in 2003, and left to study business management at Black Hills State University in Spearfish, S.D. He returned after four years for an internship and later a full-time position at West Plains Bank. He later got a graduate degree in banking from the University of Colorado.

Richey said he moved back to be close to family, but many people and families eventually move on as rural communities face declining populations and a limited number of economic opportunities.

Keya Paha County, nestled between the Niobrara and Missouri rivers, is one of Nebraska’s least populated counties, with an estimated 790 people. Like many rural counties, it has seen a dramatic population decrease over the past century.

Combating the population decline is key reason why the foundation fund was created, and many of its projects seek to create more opportunities for residents.

Along with creating a strong local economy, it’s also key to create opportunities to be involved outside of working. That’s something Richey has taken advantage of.

As a football coach, not only does he get a chance to be involved himself, he can make an impression on students who will soon face the question of where to go next.

“A lot of the kids are going to have opportunities to come back here,” Richey said. “We try to leave a good taste in their mouth, and make them have as many positive feelings as possible about their time here.”

Richey said that opportunities for students are actually more plentiful now than when he attended school in Springview. Because of school consolidation, North Central is able to field more athletic teams with more players.

Through his work at the bank, Richey said he is able to gauge how people are feeling about the economy, which is also important for plotting the future of the community.

Ultimately, Richey said, he is looking to make an impact on his own life and the community through the foundation fund and his other pursuits.

“Whether it’s volunteering some time and giving monetarily,” Richey said. “I hope to have a sizable impact moving forward.” 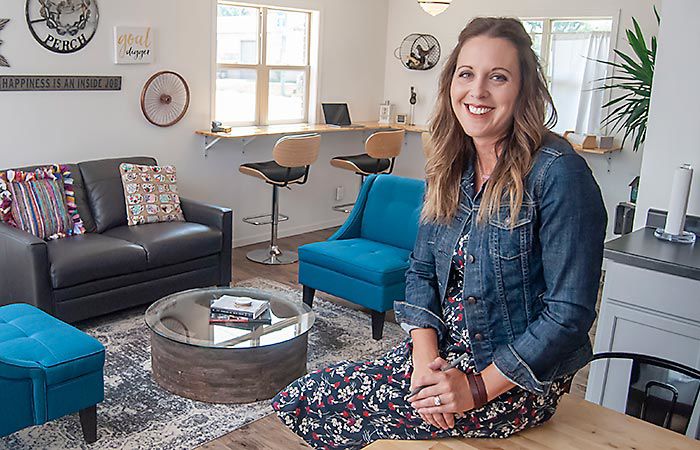 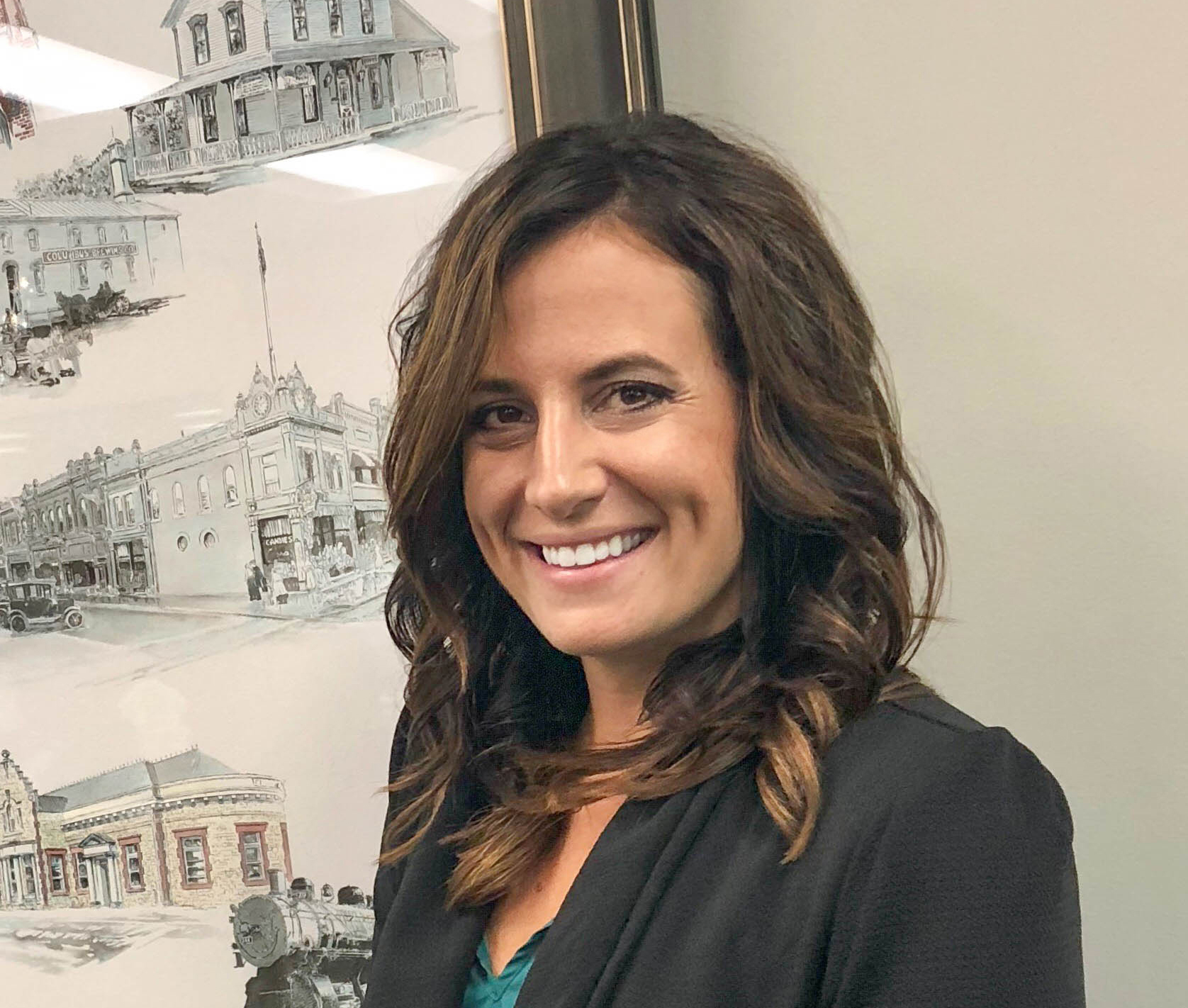 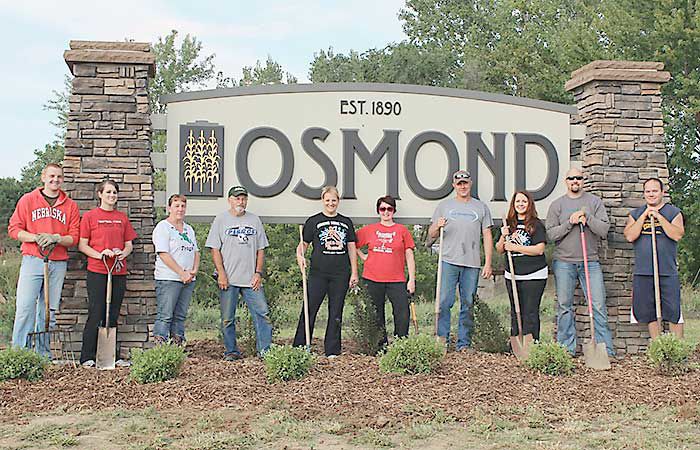