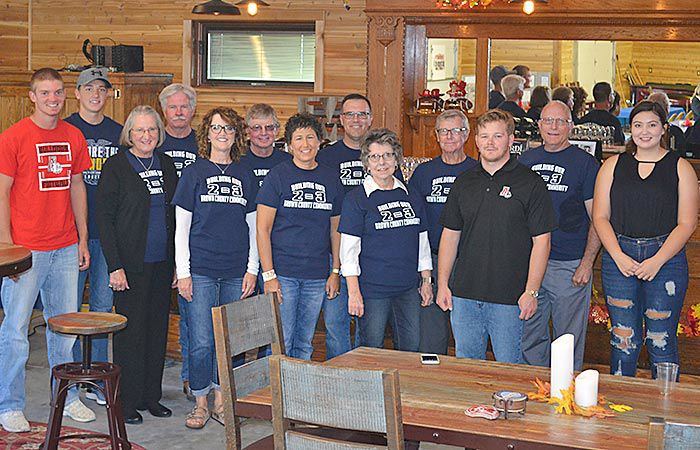 Until he was a senior at UNL studying finance, Vance Heyer didn’t think about returning to his hometown after college. Then, it seemed like the right move for him. Through a mixture of coincidence and good timing, Heyer accepted the position of loan officer at First National Bank in his hometown of Ainsworth. He is one of the growing number of young adults who are returning to hometowns in Greater Nebraska to pursue their careers.

Heyer has a three-pronged theory about why this influx is occurring in Ainsworth and other places that are seeing a bump up in his age cohort.

First, the workforce in nearly every industry in Nebraska is aging. Baby boomers are retiring, businesses are restructuring, and career opportunities are opening up. Then of course, there’s the draw of being close to family, and the desire to raise your children in a small-town environment. And finally, technology is allowing people to work remotely while staying close to family and staying engaged in their community.

Recent studies by the Case Foundation and other respected sources report that community engagement on the local level is much more important to millennials than the previous generation. Vance Heyer is no exception. At age 26, Heyer is the volunteer coordinator of the Youth Grant Committee, a group of high school students who are charged with the responsibility of making investments in their community using funds awarded by the Brown County Community Foundation Fund (BCCFF).

The idea for involving youth in BCCFF activities had been brewing for quite a while. But fund advisory committee members wanted the experience to be authentic and meaningful. They visited with other affiliated funds of Nebraska Community Foundation, and according to BCCFF chair Steve Bartak, found a good model in Nebraska City, where a youth advisory committee selects grant recipients of approximately 20 percent of the Fund’s annual unrestricted endowment payout.

Bartak says that the initiative in Ainsworth is a “work in progress” that was started in earnest about a year ago. The Fund decided to delegate $2,000 to the first youth committee. A young Ainsworth returnee, Neiley Arens, who happens to be a high school classmate of Vance Heyer, helped BCCFF develop an application form and gave presentations about the Youth Grant Committee to each of the high school classes.

The Fund received 25 applications and 12 students of all ages were chosen to serve on the first Youth Grant Committee late last year. Since then, Arens has put a hold on her volunteer work to care for her infant son, and Heyer was recruited as the group’s volunteer coordinator.

“As an FFA state officer, Vance had a good deal of experience with youth and leadership development” Bartak said. “The purpose of working together with youth is about more than making grant decisions. We want our high school students to learn about our Fund, why we exist and possibly think about serving as adults. And secondly, we hope they can become more civically engaged, to take pride in where they live and to find ways to make the community better.”

BCCFF volunteers were impressed with the level of maturity reflected in the student applications the Fund received. One young man wrote:

I don’t want to miss the chance to give my opinion and make decisions that will affect the future of Ainsworth for not only myself, but my children and grandchildren. I would love to help with projects such as installing new playground equipment for one of the parks, or improving our city pool. Our grant money could also help fund projects for our school groups to complete.

By working together with BCCFF, these are achievable goals. The Fund is well regarded throughout the county as a go-to source for partnering in charitable, community development initiatives. Dozens of groups ranging from the Lions Club to the La Leche League have received support. Funding has helped significant projects in each of Brown County’s three hometowns of Ainsworth, Long Pine and Johnstown.

One of the most critical needs surfaced a couple years ago when the private owners of the Ainsworth Care Center nursing home closed the facility and left patients and employees with an uncertain future. The community was concerned, but it pulled together to create an interlocal agreement with the City and the County to assume ownership.  BCCFF played a role in helping to reopen the nursing home. Today the Sandhills Care Center serves 22 residents.”

The Fund is closing in on reaching a milestone, with its success in raising $750,000 through its unrestricted endowment challenge grant campaign in partnership with Nebraska Community Foundation and The Sherwood Foundation of Omaha. The good news was announced at a donor appreciation event on September 22, celebrating the dozens of generous community members who contributed their time and talent in addition to significant financial support.

Helping with the event were members of the Youth Grant Committee, who witnessed, perhaps for the first time, what organized community philanthropy can accomplish. Since 2005, the Fund has reinvested more than $588,000 to create a brighter future for Brown County!

Vance Heyer said currently, “The Youth Grant Committee is brainstorming and trying to narrow down dozens of project ideas to about 10 that are achievable and have a positive impact on human capital. We’ve been talking about needs for improvements that I was talking about when I was their age. We’re asking ourselves, ‘What can we do today so that 10 years from now, it’s no longer a need, it’s an asset?’” Heyer said.

Heyer agrees that the Youth Grant Committee members are doing more than just determining a suitable project for charitable investment. “We’re also working on how we can improve students’ leadership skills for seeing the actual work through,” he said. “And we’re hoping that they will decide to come back and reinvest in the community that invested in them.” 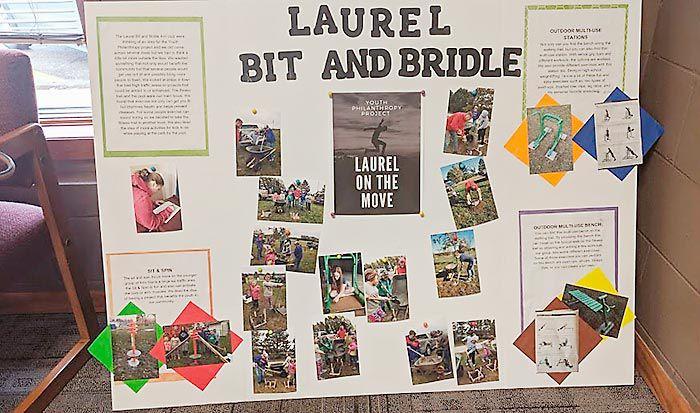