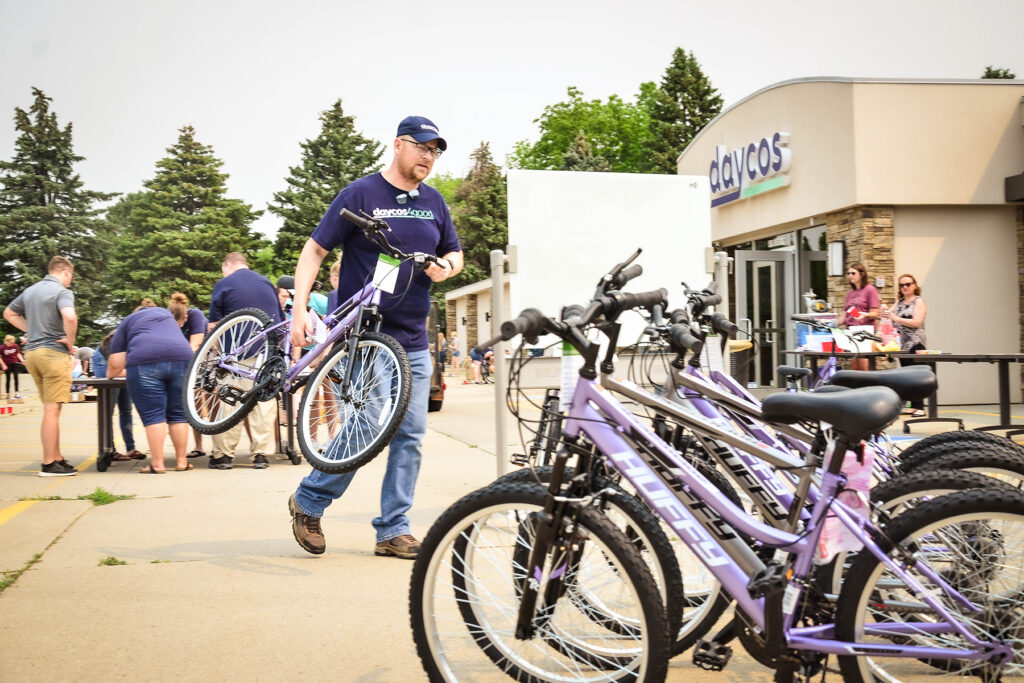 Daycos employees shifted into high gear this June with an effort to help get Norfolk residents into the rider’s seat.

Daycos4Good, an affiliated fund of Nebraska Community Foundation, marked the fifth anniversary of its Bike Build in 2022.

The day before the build saw temperatures climb into triple digits, but the thermometer dropped to a reasonable 82 degrees by the time employees gathered in the parking lot the next morning. Laid out before them were 20 stations comprising a set of tools and a new bike still in the box—assembly required. Kiddie pools filled with ice and water bottles dotted the lot, assuring competitors hydration as needed. Stacked on a nearby flatbed trailer were 124 bicycles of various dimensions, 12-inch, 16-inch, 20-inch, and 24-inch.

Inspired by a bit of friendly competition, the 20 teams set out to build the bikes as quick as they could.

Joining Daycos employees were representatives from local organizations and businesses, including Elkhorn Valley Bank, Premier Marketing, and Midwest Bank. Those businesses, as well as McMill CPA, also made financial contributions to the event.

After building a bike, the teams would complete one of three games—a word search, balloon race, or trivia.

“They have to earn their next bike,” joked Amy Himburg, a member of the Daycos4Good’s Bike Build Committee.

Daycos is one of a handful of B Corporations in the state, a third-party certification requiring companies practice social and environmental responsibility while meeting certain standards in doing good for their communities. The certification is in line with the philosophy of owners Tammy and Brandon Day, who seek long-term community transformation through corporate good works. Daycos4Good oversees a donor-advised fund which the company pays a portion of its revenue. Employees decide the most impactful way to use the money to better their hometown of Norfolk.

“One of the most important aspects of how we do good with Daycos is that everything we do is employee-driven,” wrote Tammy in a 2019 Civic Nebraska column. “Employee-driven means that everything that happens at Daycos is done by all the people who work there, not just by owners or upper levels of management. This is how we can have the most significant impact and do the most good and where the real, long-lasting change happens.”

“We worked with a bunch of nonprofits around town,” said Nicole Molden, also a member of the Bike Build Committee. “We asked them what their need was and had them give us what they wanted as far as bikes to donate to the people who need them.”

Bright Horizons requested 16 bikes this year. The nonprofit advocates for victims of domestic violence and operates emergency shelters in Norfolk and O’Neill. Bikes are an incredibly important lifeline for the families they assist, who often arrive at shelters with no transportation of their own.

“Transportation is a big barrier,” said Bright Horizons’ Lacy Kimes. “For them to be able to get a free bicycle to be able to take themselves to work or to the store or school is really big blessing. Us just simply giving them a bike lifts a huge burden from their shoulders.”

Cycling is becoming a more effective way to navigate the city as well. Norfolk’s trail system is robust, and numerous bike lanes allow riders to move alongside vehicle traffic. North Fork Area Transit also rolled out a new bus service, ForkLift, that offers bike racks on the front of the buses for area riders.

“Transportation in our community is becoming much easier to access,” Kimes said.

Learn more about Daycos4Good at the company’s website. If your organization is interested in giving back and doing good through Nebraska Community Foundation, get in touch! We’d love to hear from you! 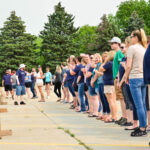 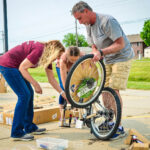 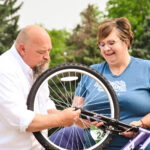 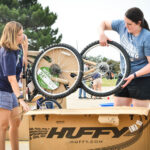 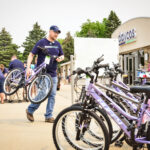 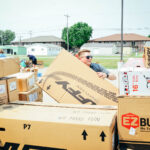 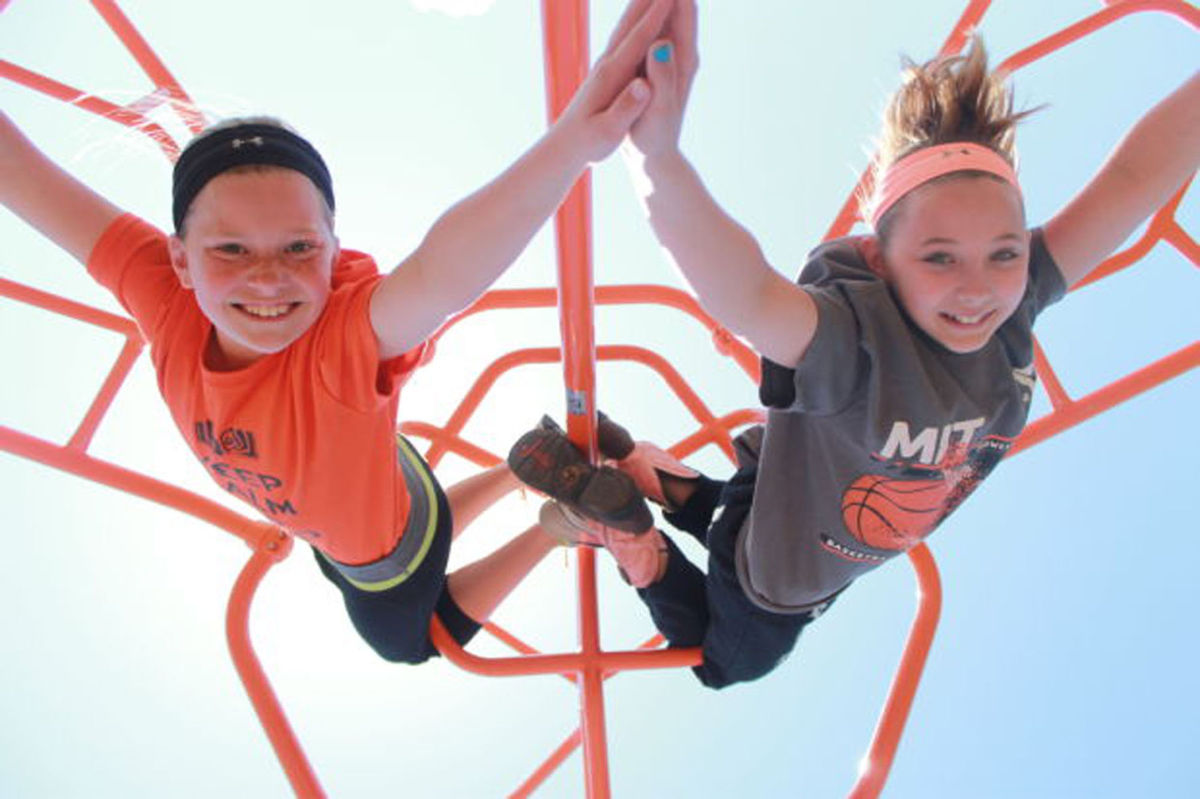 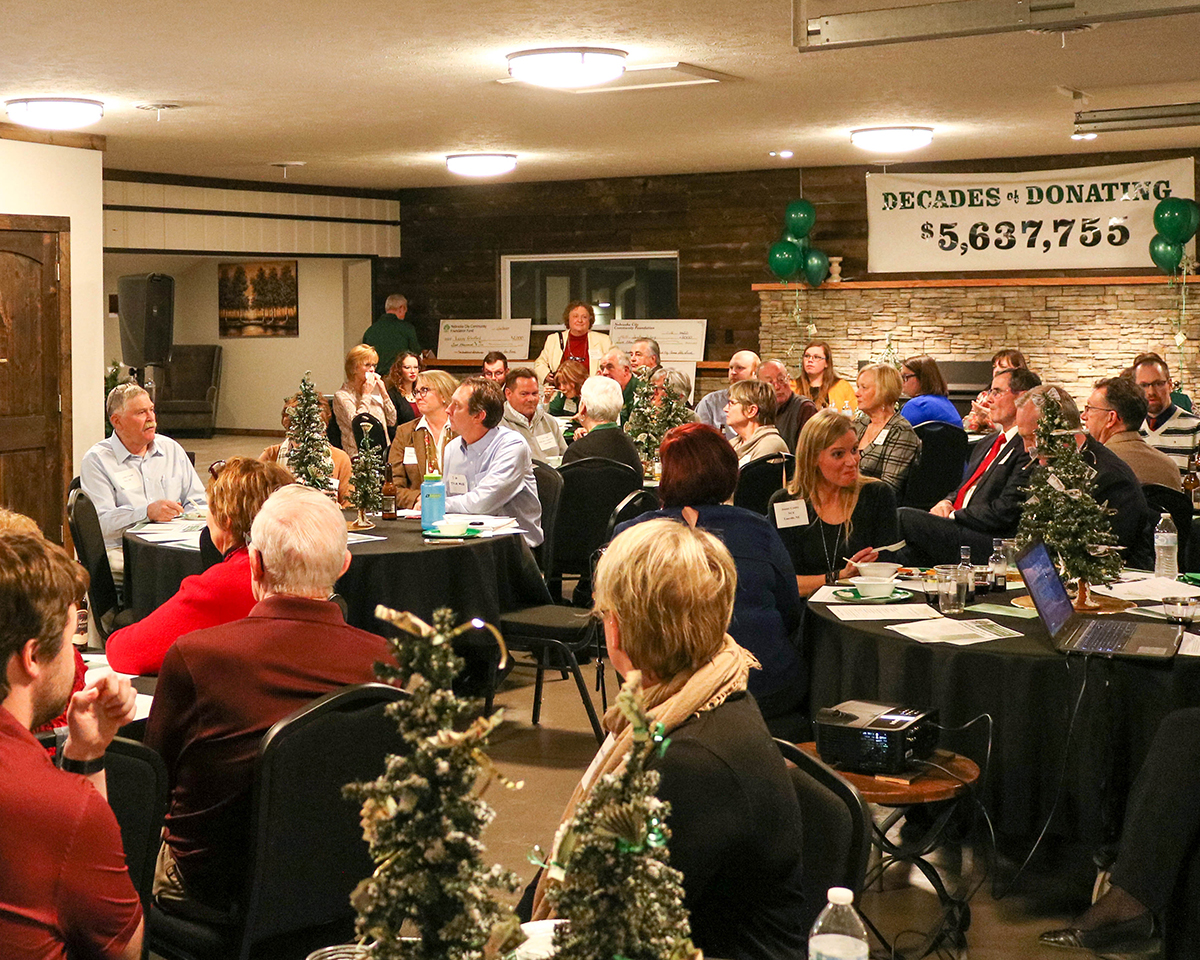 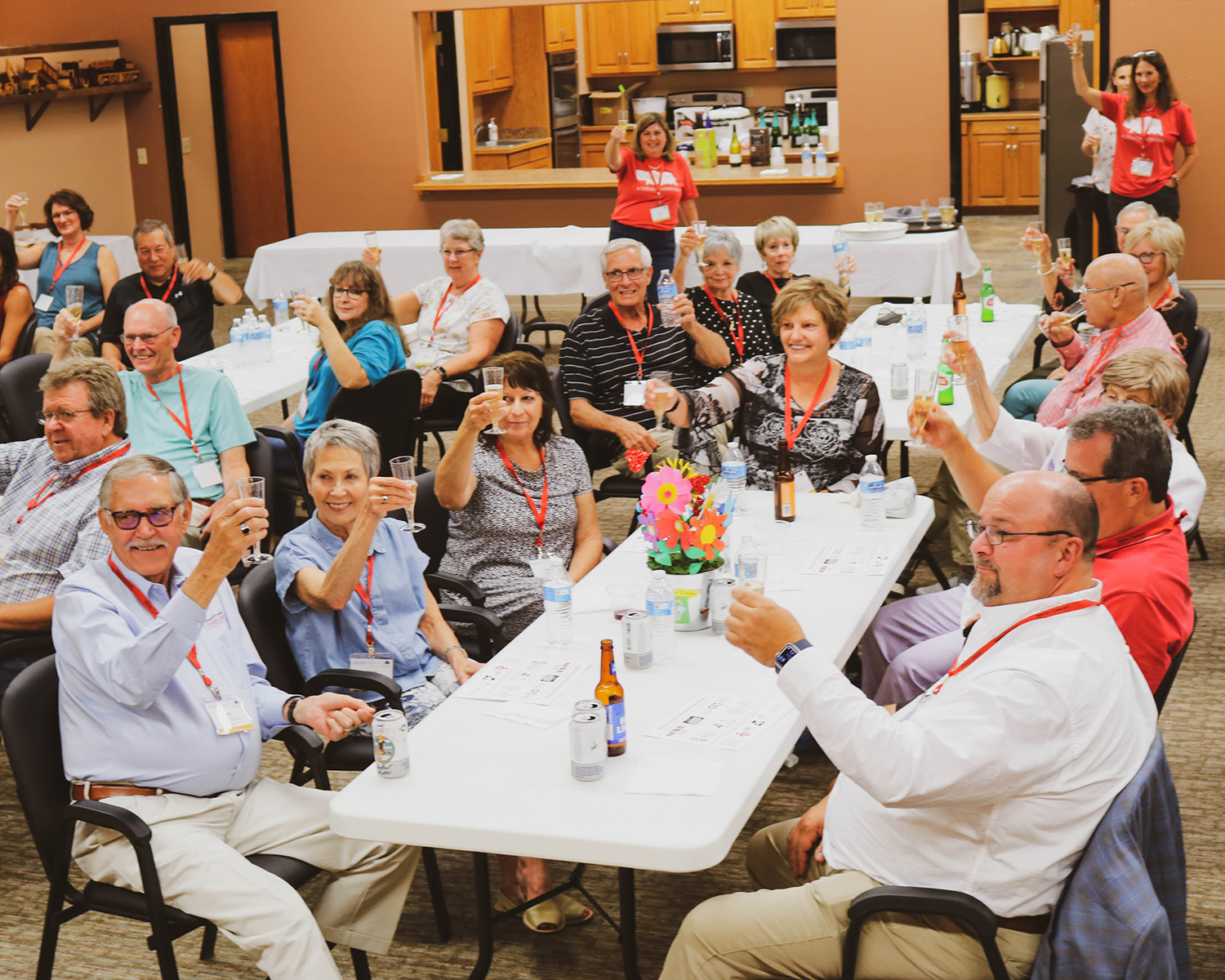