Nebraskans are blessed with abundance.

In November, Nebraska Community Foundation released its most recent intergenerational transfer of wealth study. This study provides key information on a tremendous opportunity to build and sustain our Nebraska hometowns.

Here’s what we know: 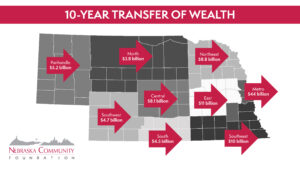 We stand at the threshold of the largest intergenerational transfer of wealth in Nebraska’s history. Over the next 10 years, $100 billion will transfer from one generation to the next. In 50 years, that number exceeds $950 billion. The wealth may be held in real estate, securities, retirement accounts, life insurance and other assets. Some will go to taxes. Most will go to heirs, many of whom no longer live where the wealth was built and accumulated. In 71 of Nebraska’s 93 counties, the wealth transfer will peak before 2045. In other words, there is real urgency to act now. The opportunity will never be greater.

Nebraskans have a strong attachment to our hometowns. I still consider Red Cloud my hometown despite having lived in Lincoln for 35 years. I have many friends who feel a similar connection to their homeplace. What if just a small part of this transfer of wealth, say 5%, were given back to the places where it was made and accumulated? That could be a gamechanger for our Nebraska hometowns.

Alongside the Transfer of Wealth Study, Nebraska Community Foundation created the Five to Thrive campaign. We are asking every generous Nebraskan to consider gifting just 5% of your estate to benefit your hometown and/or your favorite charitable causes. Please visit www.fivetothrivene.org to read more about the transfer of wealth, how this abundance is already making a difference in dozens of Nebraska hometowns and the enormous potential that exists in your county.

Inspiration and community success stories abound. Imperial Community Foundation Fund, an affiliated fund of Nebraska Community Foundation, is among many organizations influencing change in Chase County. The Fund is focused on nurturing all who call Imperial home, whether that’s through grants made to the local assisted living home, to the school, or to a group of kids with a dream to build one of the best skateparks in the state. Their $1.8 million unrestricted endowment guarantees nearly $80,000 in annual payout for impactful grantmaking.

Nebraska City Community Foundation Fund’s (NCCFF) non-traditional scholarships have opened new doors for 60 adult students in Nebraska City since 2001. NCCFF has also invested in welcoming art initiatives, efforts to bridge the learning gap through the purchase of laptops and software, as well as professional development for teachers, and mental health services to students during the first year of COVID. The fund’s $1.4 million unrestricted endowment creates $64,000 in annual payout. Overall, NCCFF has reinvested $6.3 million in the community.

Diller Community Foundation Fund (DCFF) is creating positive change in Jefferson County. The Fund has invested in numerous quality-of-life improvements at the park, opera house, post office, Main Street, museum and fitness center. In 2021, the fund’s unrestricted endowment surpassed $1 million. Community members say they’ve only begun dreaming about what is possible and are confident their tight-knit community —260 strong—can do just about anything it sets its mind to.

The common theme in each of these places is passionate and plentiful community leadership. 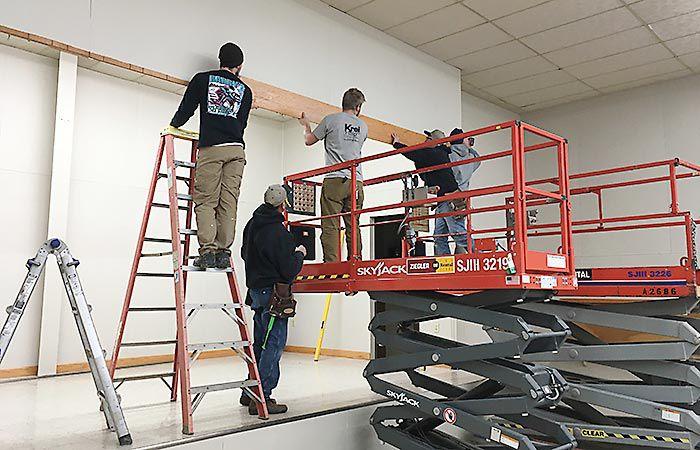