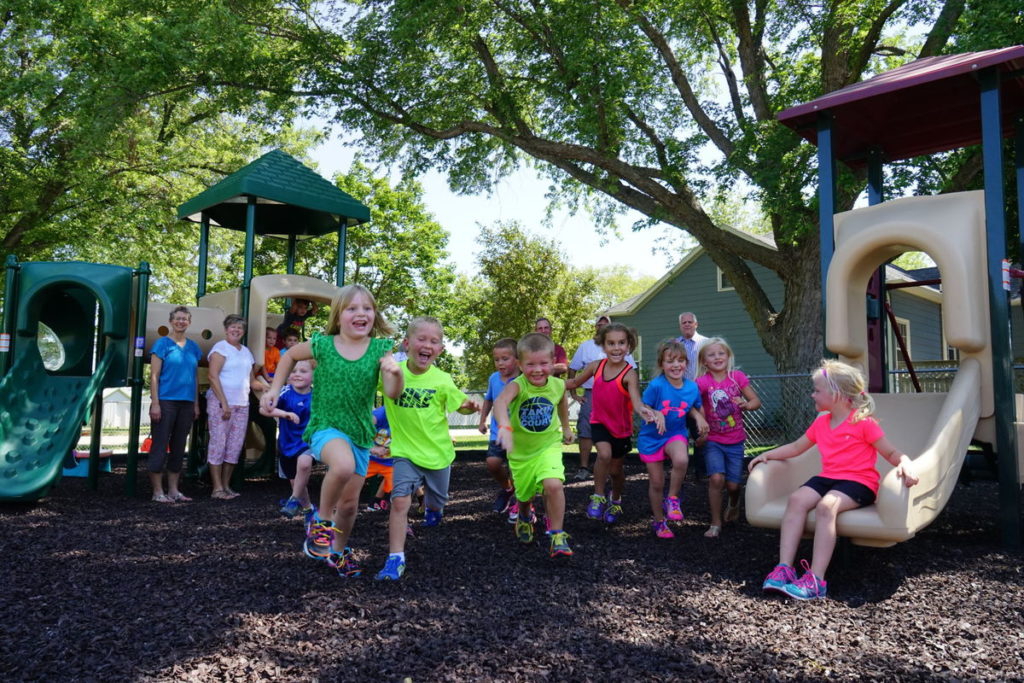 One of the most surprising insights from a survey of more than 6,000 middle and high school students, conducted by Nebraska Community Foundation, is that kids think living in a small town is just fine. In fact, only 12 percent said they thought their hometown was too small.

If you are a kid lucky enough to be growing up in Shickley, Nebraska (pop. 341), you’re likely to be among the 88 percent who think the size of their town is a non-issue.

Located about 40 miles south of York, Shickley bills itself as a “big little town” for a lot of good reasons. People living here have big ideas, big hearts, and big dreams for the future of their small town. They are acutely aware that Shickley’s future depends on its ability to recruit newcomers to their community and to keep young families coming back home.

So, they invest time and money in their parks, playgrounds, swimming pool, sports teams, and library. They completed construction on a new million-dollar community center a few years ago, with a fully equipped wellness center. All these amenities were made possible largely through charitable contributions. It’s just the Shickley way.

One of the most important perks Shickley can offer young families is superior educational opportunities for children age six weeks old through 12th grade. Few communities the size of Shickley could match its early childhood development and preschool programs administered through the local school district.

Bryce Jorgenson is beginning his sixth year as superintendent of Shickley Public Schools. As a father moving his family with young children into the community, he recognized the challenge of having little or no choice in childcare options.

The school board made it clear that one of its priority goals was to increase overall enrollment. In 2013, the board approved Jorgenson’s plan to apply for a $100,000 grant from the Nebraska Department for Education to implement an all-day preschool program for three- and four-year-olds. The preschool began in the fall of 2013, and that same year, the school began a full-time childhood development program for infants and toddlers. Teachers and caregivers are all employees of the school district.

“The school board realized that quality childcare is essential in growing school enrollment. Since we have offered the programs for younger children, at least two families have moved into town because of this service,” Jorgenson said. He said the school board also was somewhat accustomed to the idea of the school providing community services that the village does not. For instance, Shickley Public Schools is one of only three schools in the state that owns the community swimming pool.

Today, the infant and toddler program has grown to serve 20 children. To make room, the preschool program with 14 children was moved into the main school building. The Class D-2 school has 132 high school and elementary students. It appears that more kids will be entering kindergarten than graduating from the school district in the coming years.

Except for minimal funding to cover a few students opting into the district, Shickley Public School receives no state aid. With the vast majority of this small school district’s resources going to support core K-12 curriculum and its preschool and early childhood development programs, one might think that educators are forced to skimp on extra-curricular activities and specialized learning opportunities. Not so.

Thanks to the vision of its leaders nearly two decades ago, the Shickley Community Foundation Fund has built an unrestricted endowment that has provided a steady stream of funding over the past 15 years. With an unrestricted endowment, the principal remains in place, with only the investment earnings used to make annual grants. It helps the school district with musical instruments, sports equipment, iPads, 3-D printers, playground equipment, an ADA swimming pool lift chair, science lab equipment, and master-level continuing education scholarships for teachers.

These are just a few examples of more than 75 grants made to the school since 2003, totaling more than $90,500. One of the largest to date is a multi-year commitment for the construction of a greenhouse. Shickley Community Foundation Fund treasurer Joe Kamler remarks with a laugh, “The school has, through the years, been a very good customer!”

The Fund has provided assistance to countless other community causes since it became an affiliated fund with Nebraska Community Foundation. It has distributed nearly $326,000 for everything from EMT training to the community’s attractive welcome sign. Volunteers also helped raise money for the community center campaign, which did not receive a single dollar in tax money.

Two years ago, the Fund completed an ambitious campaign to secure an additional $750,000 for its unrestricted endowment. Now, with nearly $2 million in endowed assets, the Fund’s granting capacity will increase dramatically. This year the endowment payout is about $60,000. Next year it will be more than $66,000. As time passes and the endowment continues to grow, it won’t be long before volunteer Fund leaders in Shickley will need to determine the best way to invest $80,000 to $100,000 in their community and its people each year.

Recently the Shickley fund advisory committee met with Nebraska Community Foundation staff for a retreat to brainstorm ideas and set priorities for grantmaking. The “old days” of giving away a few thousand dollars each year are long gone.

“We’re looking at how we can invest in ways that will make our community sustainable for the future,” said fund advisory committee member Deb Johnson. “How can we entice young people to move here. What do they need and how can we give them a helping hand?”

One important step will be gathering community input and hearing from young people about their priorities.

“Think of it! Within the next 10 years we will have granted more than $600,000. That’s a lot of money for a town of 340 people. We need to look at how to invest it in ways that match our core values. You can’t really be progressive if you rely only on taxes,” Johnson said.

Long-time fund advisory committee member Richard Walter believes the true value of an unrestricted endowment is its flexibility. “We don’t know what opportunities will appear down the road, but we can be certain that we will be able to take advantage of them,” Walter said.

With nearly $2 million in endowed assets plus an estimated $2 million in planned estate gifts to benefit the community in the future, Shickley has become a sort of poster child for successful rural development philanthropy. Richard Walter, who also serves on Nebraska Community Foundation’s board, has told the Shickley story to dozens of communities at trainings and conferences across the state, throughout the nation and in Calgary, Ottawa, and Nova Scotia. When more than half the households in a school district support their community fund, people want to know why.

Walter explains that the community spirit in Shickley is both close-knit and competitive. “Nobody’s going to tell us we can’t do something!”

He also credits the partnership with Nebraska Community Foundation. “We wouldn’t be anywhere near where we are today without the training we get from Nebraska Community Foundation, and the model they have built. At first, people at conferences wanted to know all about the transfer of intergenerational wealth, and how that will impact communities. But now, it’s more about youth. People want to know how smaller communities can involve their young people,” Walter said.

During a tour of Shickley last year, Nebraska Community Foundation board members learned that 20 of the 35 active businesses in and around town are located on Market Street, the town’s main street. More than 20 of the business owners are Shickley alumni. And Shickley’s primary school color is green. The tour guide explained that “green” represents the way the community recycles its cherished students into successful business leaders. He was only half joking. 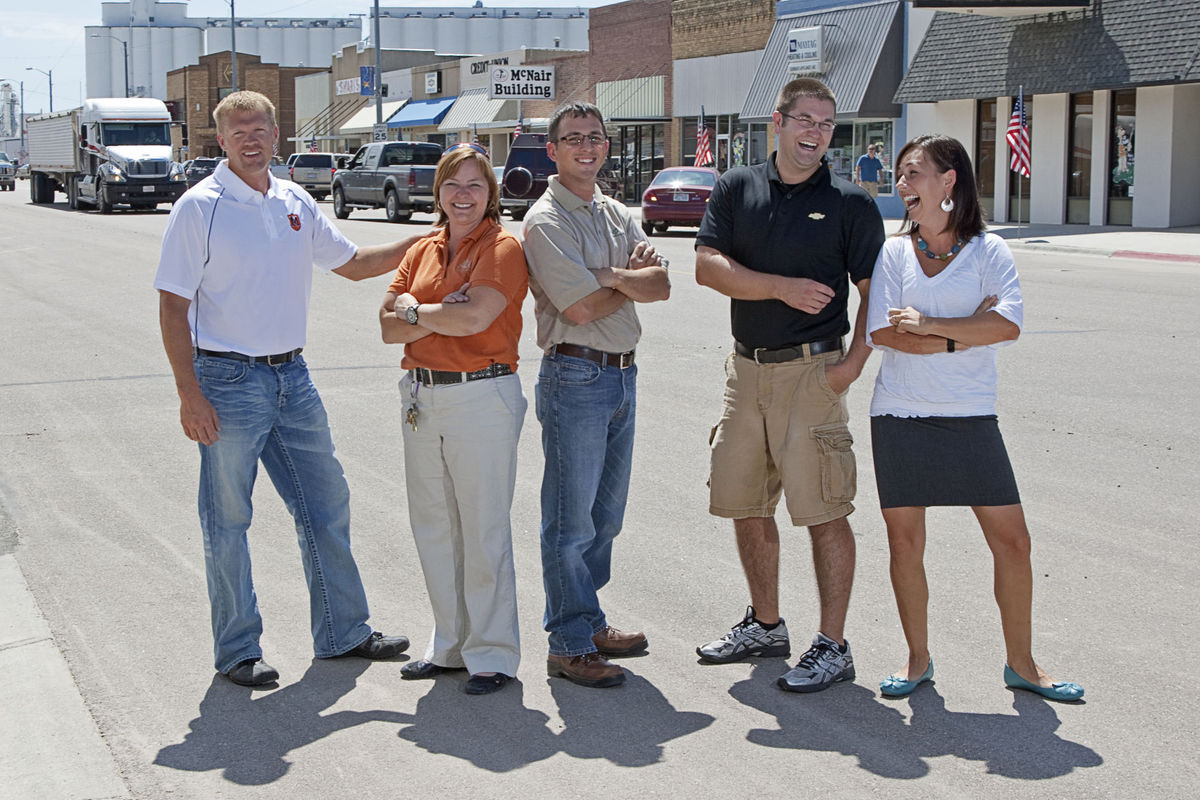 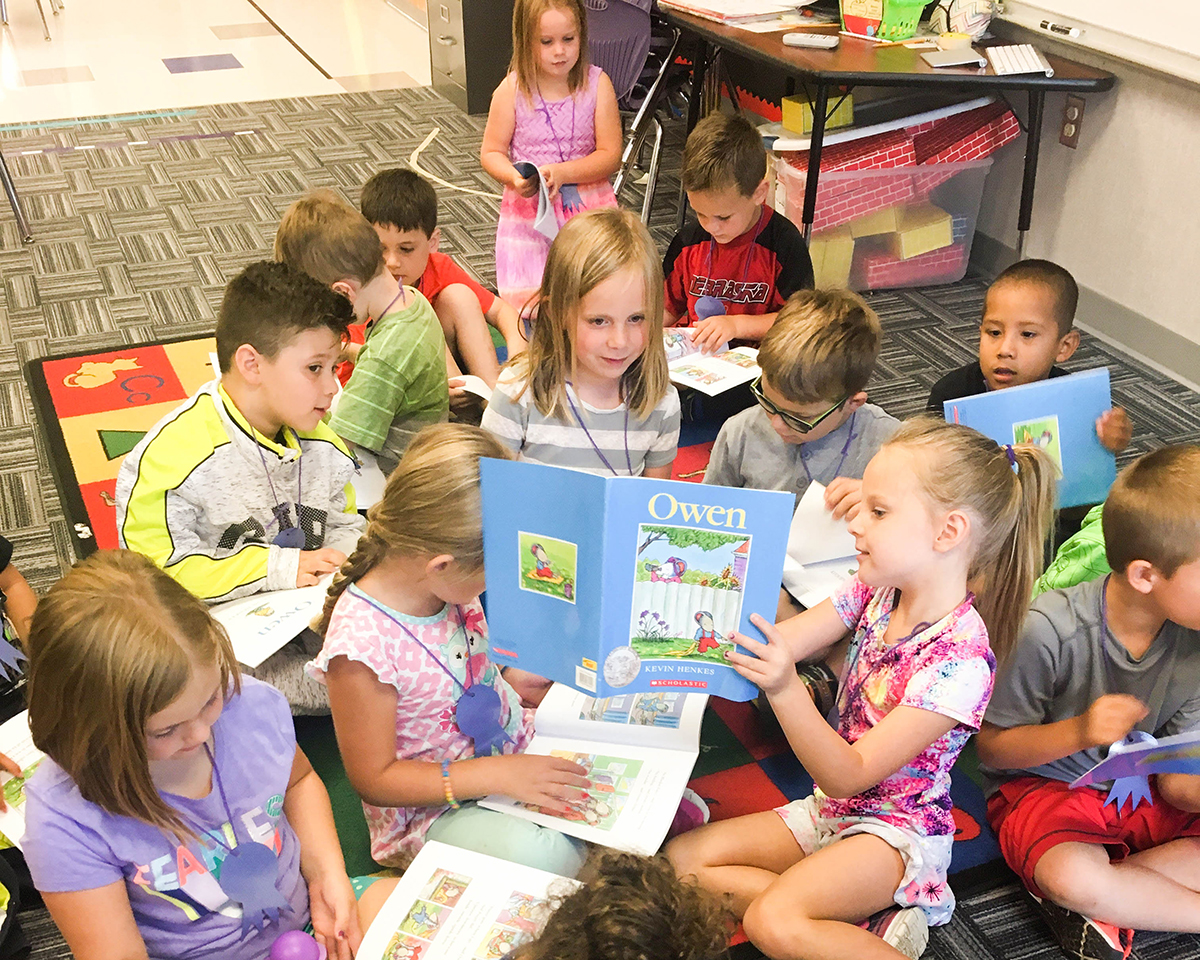 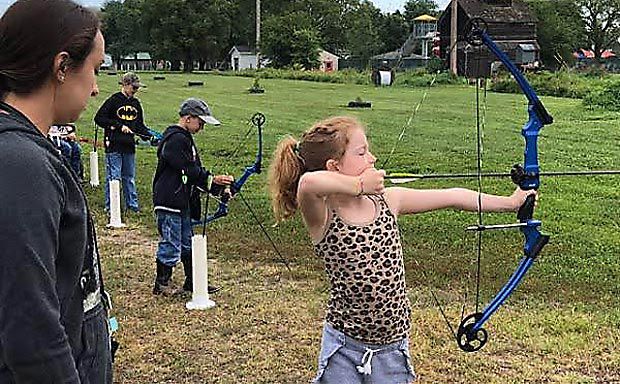