Home / News / Spirits are high in close-knit community of Howells 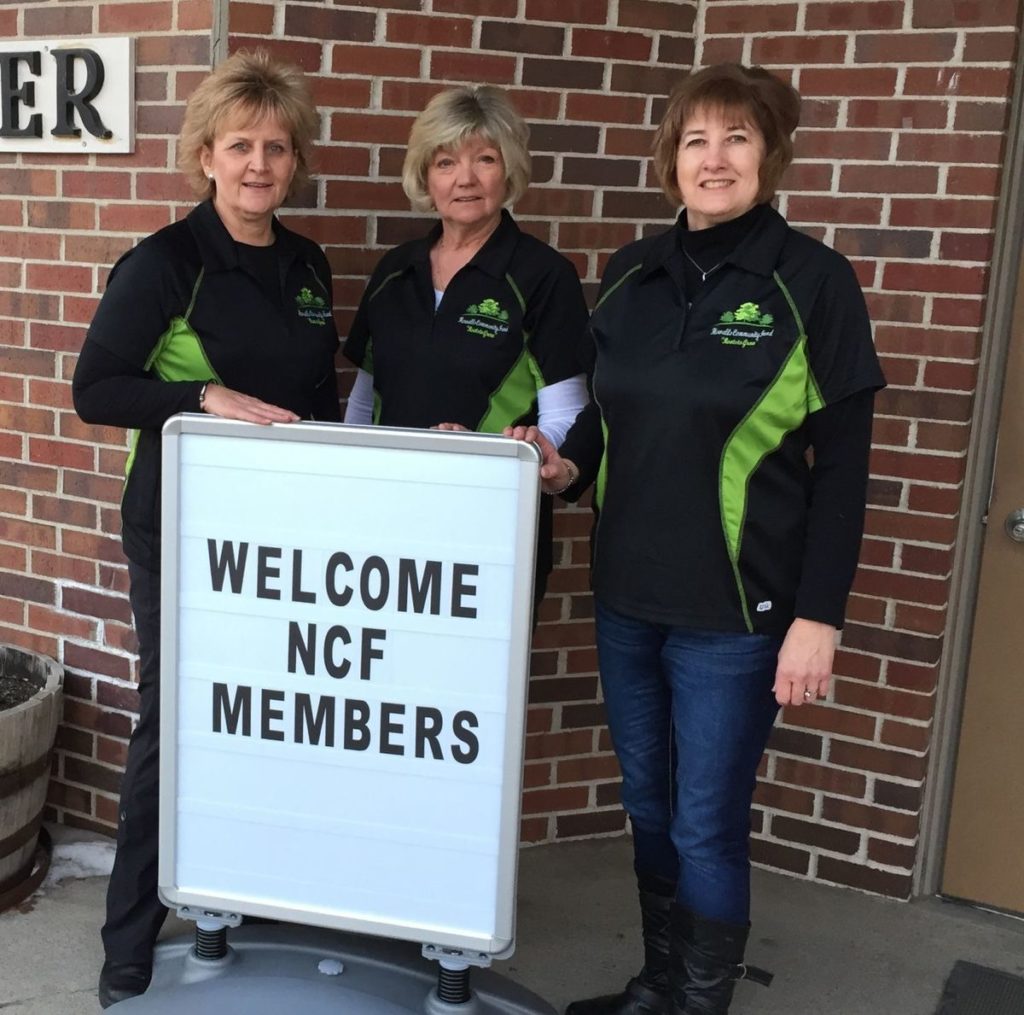 Kathy Heard hesitated to raise her hand. She and others were being asked to serve on a committee to plan the Howells quasquicentennial celebration. When her hand went up, her life changed. “This was the beginning of lifelong friendships. Working together really fired me up,” Heard said.

Howells is a community of about 600 people in northeast Nebraska. Its Q125 celebration took place in June 2012, after four years of fundraising and involving the whole community. In the end, all the events were free to the public. The kids’ activities, dances, music, tents, lighting — everything was paid for through donations.

“People just asked, ‘How can I help?’ No one turned us down,” Heard said. “Everyone from the gatekeepers to the women who baked pies. Everyone said yes. Other communities I’ve visited have asked, ‘How do you do it.’ I say, ‘You show up!’”

Showing up at the Q125 beer garden that weekend in June was a newcomer, but no stranger, to Howells. “Hey you! Can you get some beer?” Kent Smith remembers hearing. The call for help came from Joan Mastny, another Q125 volunteer, who, in the not-too-distant future, would be recruiting Smith for far more than just hauling in a few more cases of beer.

Kent Smith and his wife, Mary, had been bringing their daughter, Casey, to Howells throughout her childhood to get to know her mother’s relatives, and to become acquainted with kids in Mary’s hometown. Their goal was to have a seamless transition as their daughter entered high school in Howells as a freshman upon the couple’s retirement from the Air Force. Casey had been in seven schools by eighth grade. Kent and Mary’s dream was to give her the opportunity to experience a close-knit, family-oriented community like Howells.

Working together, the people of Howells raised far more money than was finally needed for the Q125 celebration. After all the bills were paid, the town had a surplus of nearly $100,000. The committee went about paying back each organization that had helped, such as the fire department, the Knights of Columbus, the beef and pork producers, and more.

Even after the profits were distributed fairly, the committee still had $50,000. Kathy Heard volunteered once more. This time to serve on a committee to look at ways the funds might best be invested to improve the community. The idea of installing an electric sign seemed to be favored by quite a few people.

About that time, Heard attended an AgCeptional Women conference at Northeast Community College in Norfolk. There she heard a presentation about the dozens of hometowns in Nebraska that were using philanthropy to make long-term, significant progress in their small communities by building community endowments through their affiliated funds with Nebraska Community Foundation.

“I just thought, ‘Wow!’ We’ve been so used to doing short-term projects for so long and organizing fundraising campaigns for these projects in less than a week. Our Q125 goal was to make memories. This was different. We needed something that was a legacy. Something that would last. Something more than an electric sign,” Heard said.

She called on her friend and co-Q125 collaborator, Joan Mastny.

“When Kathy returned from the AgCeptional Women conference, she told me all about it,” Mastny said. “I told her no. I’m done!”

Kathy Heard said, “You have to!”

Mastny remembered going to the grocery store in town and hearing an admonition from its longtime owner and community supporter, Bill Wisnieski, “You need to step up! We’re getting old and we can’t do it anymore. You need to keep this town alive!”

Joan Mastny was in. She knew the Q125 money needed to be used in a way that would be a reward for the whole community. But they would have to get the right people in place. That is when Kent Smith, a former chief master sergeant, was called on to serve his new hometown.

Smith thought when he retired from the Air Force he would want to just goof off and play golf. He soon found out he really didn’t like golf. “So now I’m an EMT, on the school board and on the board of my church.”

Kent Smith is also the chair of the Howells Community Fund. “I am proud that people trust us with their charitable dollars, and Nebraska Community Foundation is a big part of that.

“When we first started talking about organizing the fund we thought, who do we go to? Did we want to manage the money? No! We interviewed a dozen or so communities about the pros and cons of starting their own foundation. We wanted the service, the history and guidance, and importantly, the credibility we could get through NCF. It was a professional structure — not just us deciding what to do,” Smith said.

“I like being part of a visionary group. We know that the past, present and the future are all relevant. Keeping people active in the community is key. That is probably why I was asked to be chair. With my background, they knew I’d never be late!” Smith laughed. “With teamwork, you can accomplish just about anything.”

And boy did they move fast. The volunteer fund advisory committee signed on with Nebraska Community Foundation in March 2013. A month later, NCF staff facilitated a community visioning session where people of all ages expressed their hopes and dreams for the future of Howells. Over the next three months some members of the former Q125 committee were joined by other high-energy go-getters to develop an action plan to carry out the Howells Community Fund mission: creating a lasting impact by inspiring the generosity of our community — past, present, and future.

In September 2013, the fund made its first grant: a new sound system for the community’s beloved Howells Ballroom. Since then, the fund has made much-needed improvements in the restrooms at the east park shelter, purchased new benches for the parks, and worked with the Howells Community Club on several projects, including a new sign directing visitors to Howells from Highway 32. Currently the two groups are joining forces to resurface the east side of the Howells tennis courts, converting the area to a basketball court with a new interlocking rubberized surface and new backboards.

To help both current and past members of the community “see what they see,” the Howells Community Fund has worked with a professional videographer to produce a short video highlighting all the wonderful aspects of Howells and the people who live there.

The fund hosted its third annual community-wide garage sale in April. At least 25 people worked at picking up, sorting, pricing, and selling. The sale raised $3,000. This is about twice as much as the first sale. But the Howells Community Fund vice chair, Jeff Wegner, reminded them, this was about teamwork more than anything else.

Late last year, the fund advisory committee and the whole community of Howells lost one of its key team players, Dorothy Mejstrik. For the Howells Community Fund, honoring her service and friendship will be a motivating factor in accomplishing a major goal the fund has established for itself — building a robust unrestricted endowment, which will create a steady stream of investment earnings to benefit the community for generations to come.

Building a substantial community endowment is important to places like Howells. “It is for the long-term strength and growth of the community,” said Jeff Wegner. “Many people might say that if we spent a million dollars today instead of waiting, look at all the things we could do. That sounds great, but when it is spent, it is gone. No more return on your money. No more community groups meeting, engaging, and discussing how to make things better,” Wegner said.

“There’s a lot to be said about the process of raising money instead of just getting one huge gift from a single donor. It’s about the team, the time, the learning, the effort, the sense of accomplishment, and all those things that are sustained, just like the principal of an endowment is sustained and grows.

“I would say giving an endowment gift is not just about the money, it is about helping build on the heart and soul of the community and keeping the community engaged and together,” Wegner said.

Kathy Heard shared her own thoughts:

This is where people raise their hand. 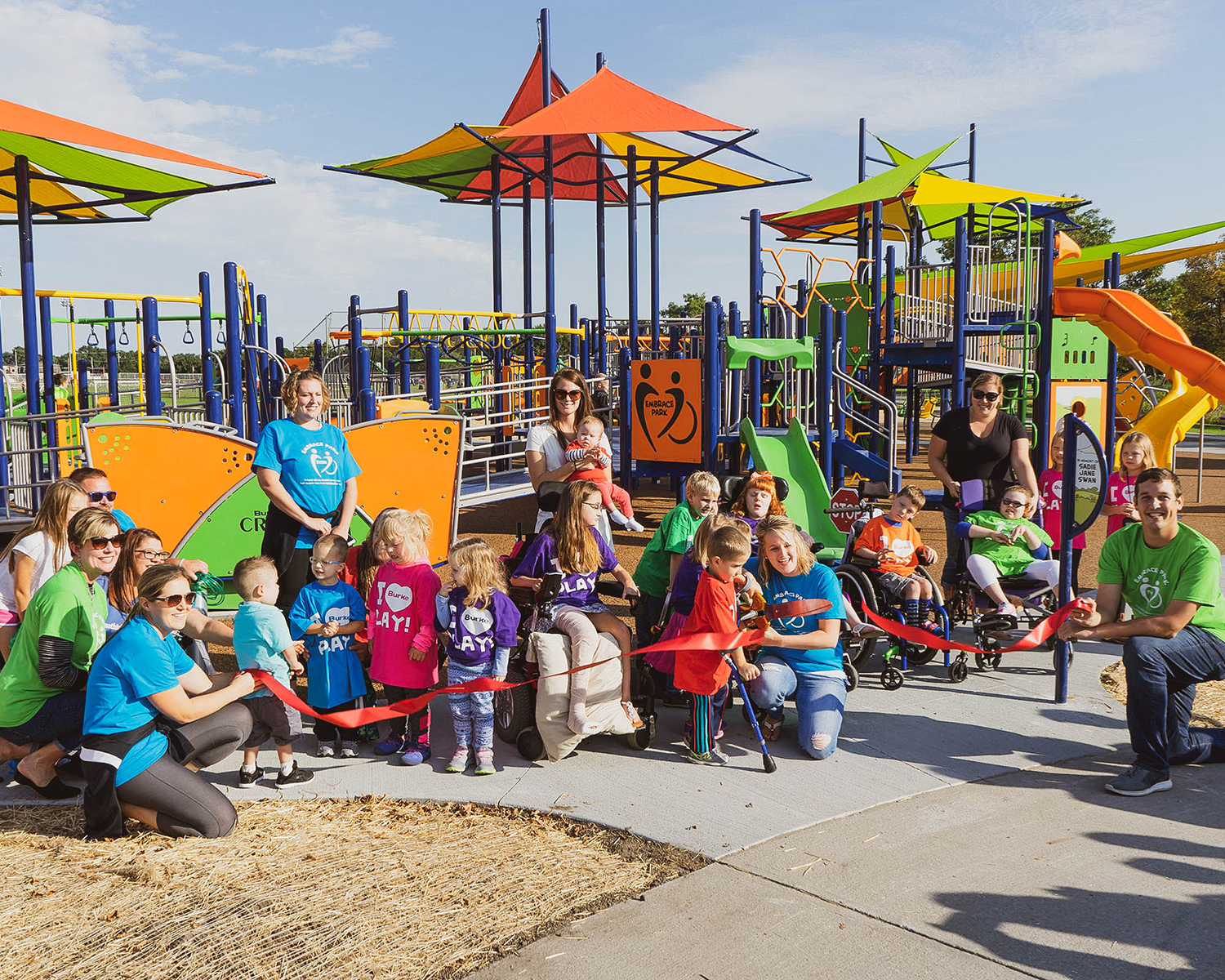 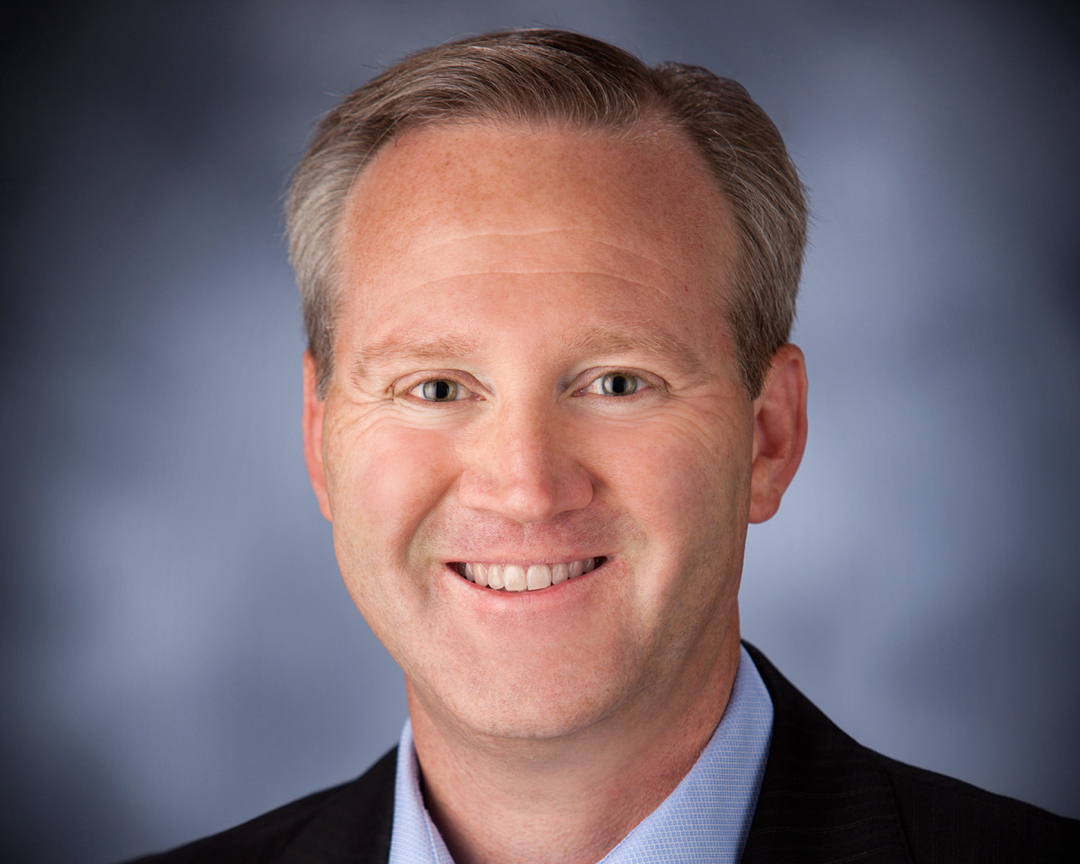 Jeff Yost: Looking back and planning ahead 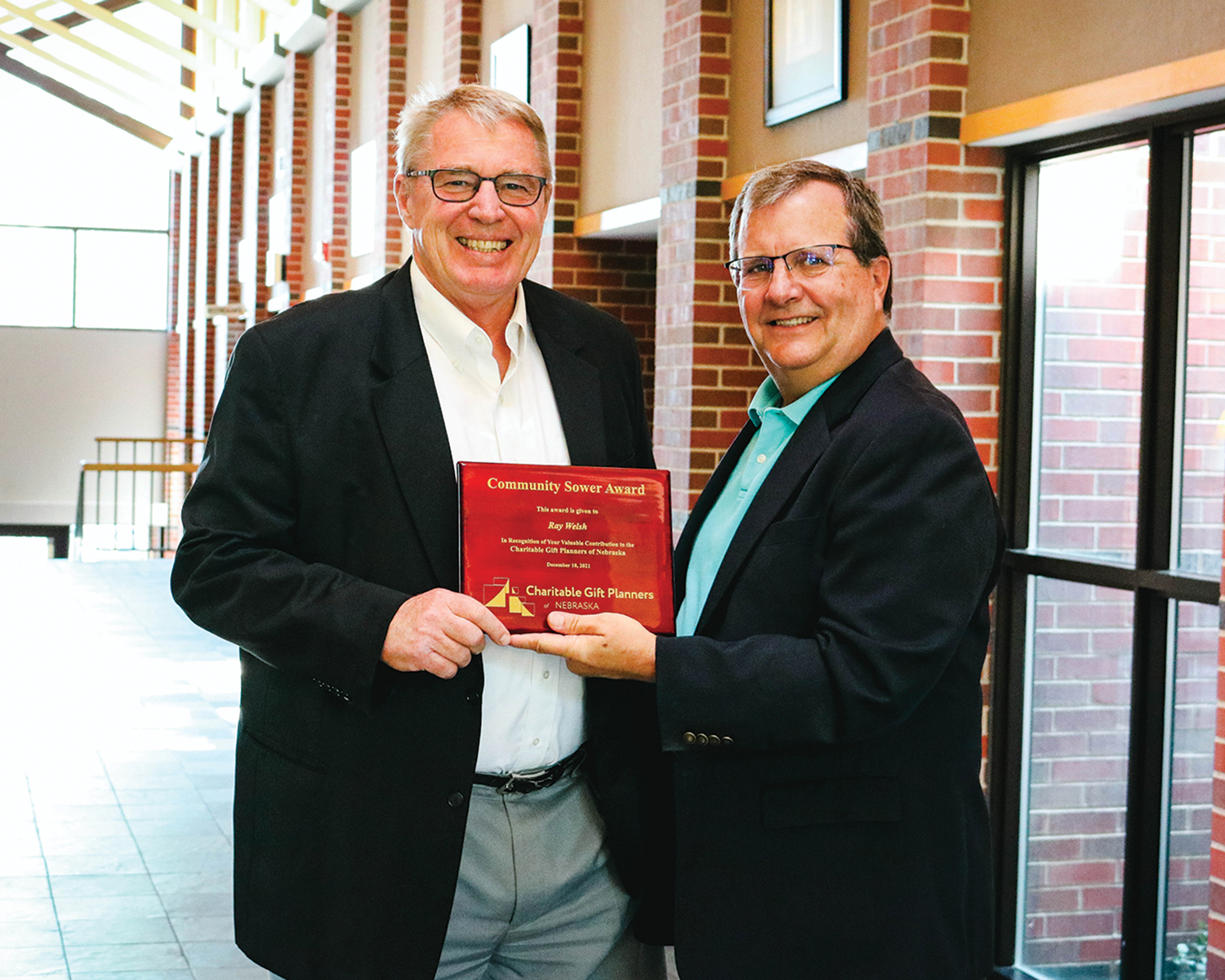