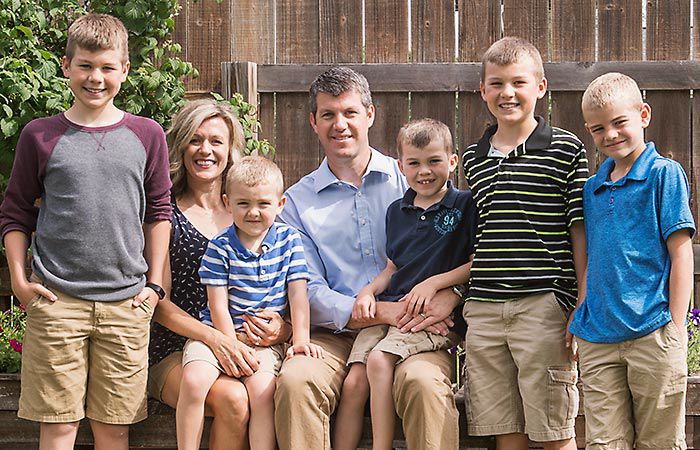 Rural Northeast and North Central Nebraska has a sense of community that not every place enjoys.

That’s why Darby Paxton jokes that when he lived in Omaha, he knew what six people were doing at any given time. Since he’s returned to his hometown of Stuart — a town with a population of 590 — that number’s increased to about 200, he said.

It’s that connectedness and the life he and his wife, Sara, pictured for their children were the primary catalysts for their relocation.

The couple lived in Omaha for about two years where Darby — who received his computer programming degree from Northeast Community College in Norfolk — worked for an insurance recovery company and Sara finished her pharmacy rotation.

As her rotation ended and the couple became engaged, a pharmacist position opened up at the hospital in Atkinson, which is a part of Holt County along with the communities of Stuart and O’Neill.

“She had gone to school in Chadron on RHOP (Rural Health Opportunities Program), so one of the promises of that program is to move back to rural Nebraska and do your craft there,” Darby said. “That was important to her, to move back to a small town. I wanted to move back to my small town, and we got to talking about having kids and life evolving.”

The children they’d eventually have — Will, 12, Ben, 11, Tommy, 8, Alex, 6, and Drew, 4 — were five good reasons why life in Stuart felt right. Darby grew up on a ranch west of Stuart as the youngest of seven children. His parents and five of his siblings still live in the community.

Darby and Sara — who grew up in the western Nebraska village of Harrison — knew a small town would give their kids lots of opportunities to be involved through a variety of athletics and activities, helping to make them well-rounded people. They also knew Stuart would be safe and that the community would look out for them.

“If anyone ever has an accident or gets hurt, the whole community is willing to give back to help them. I love that,” Sara said. “Everyone cares so much for everyone else, and again, it’s just that sense of community.”

It was also important to the couple that one of them was able to stay home with their children. A low cost of living in Stuart afforded them that ability.

So, while Sara worked in Atkinson, Darby was a stay-at-home dad for 11 years. This was when he truly started to get involved in the community.

Darby was a part of the fire department for 10 years and was an EMT for six. He became a member of their church’s parish council and joined the Housing Rehabilitation Board, which fixes houses in the community for low- and moderate-income families.

With a push to bring a movie theater to Stuart, he also joined the committee that got the Murphy Theatre up and running. He eventually agreed to be the manager for the theater, which is maintained by the dedication of volunteers.

“The Murphy Theatre was actually founded on the principle that the building was given to the city for the use of promoting something positive for youth,” Darby said. “It’s a place where the youth can hang out and it’s safe. … It’s a source of pride for the community.”

Then in 2016, Sara had the urge to stay home with their children. So Darby made a call to a local businessman, Jon Schmaderer, who was also on the Holt County Economic Development Board, asking about job opportunities that felt like “more than just a job.”

That’s when he learned of the need for a Holt County economic development director, a position he interviewed for and subsequently received.

“It just started at the local level of volunteering and just wanting your community to grow and trying to do things for your community, to moving into a career,” said Darby, who also serves as a member of the local school board and the Nebraska Economic Development Association. “I never expected that. Now, I’m doing that on a wider scale, working with each community to help their communities grow and just be a helping hand.”

Holt County — like the rest of Nebraska — struggles with providing enough housing, so that’s been a focus of his job. He also works with each community’s different programs that are designed to assist businesses.

The overall mentality is to grow businesses one employee at a time, he said. It’s been a fulfilling role.

Each community is in it together to make Holt County better. Like the family who wanted to see a splash park in Stuart and then subsequently started raising money for the project with the help of others, there are a lot of people who care, Darby said.

That’s why the Dr. Seuss quote, “Unless someone like you cares a whole awful lot … nothing’s going to get better. It’s not,” is painted on the wall of Stuart’s Murphy Theatre.

And for Darby, he’s happy to play any part — no matter how small — in doing good for Stuart and Holt County.

“It really does take the entire community and a team effort to make where you live better,” Darby said. “I just want to make it a great place to raise my family.” 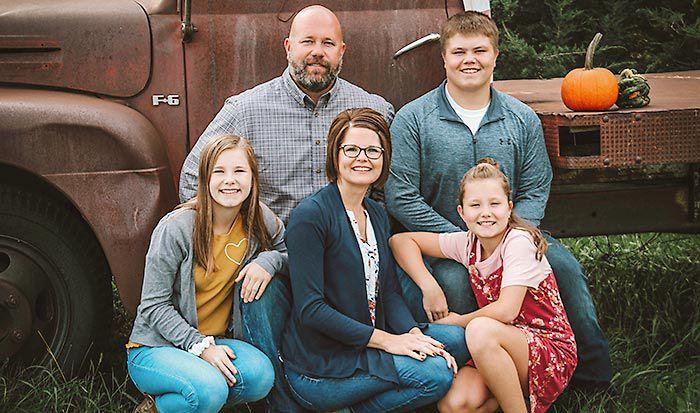 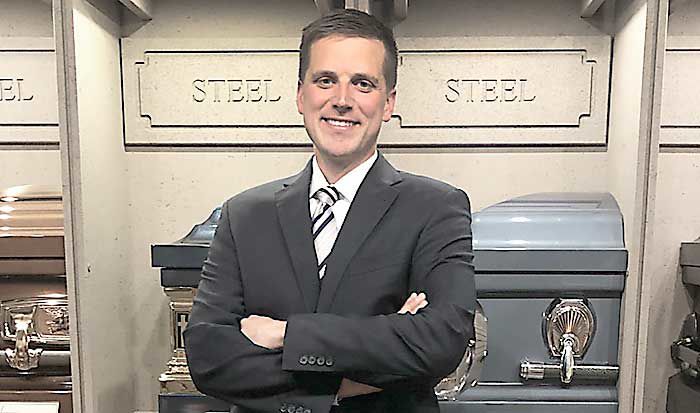