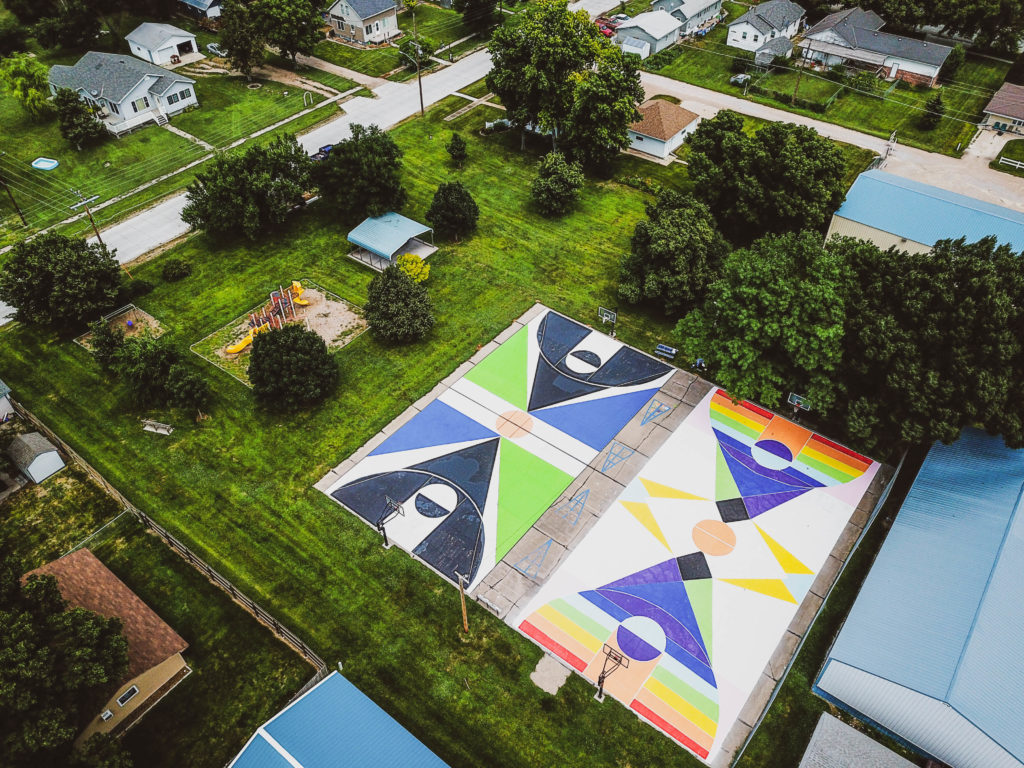 Overton science teacher Jacob Jensen has fond memories of his hometown’s public basketball courts. As a youth, he spent countless hours playing on them. But like any community amenity that is well loved and used often, the courts were in dire need of repairs and a fresh paint job.

Over the winter, Jensen saw a commercial on television that sparked an idea. The ad featured an organization called Project Backboard, a nonprofit that renovates public basketball courts in major cities across the U.S. and transforms them into works of art.

Jensen was inspired. If other communities could turn their courts into vibrant community gathering spaces, why not Overton?

He started by reaching out to his principal and superintendent. Both were quick to give the green light. Jensen also contacted the founder of Project Backboard for advice and guidance on cost, materials and garnering community support.

Since the court is owned by the village, not only did Jensen need approval from community officials, he also needed funding and enough volunteers to pull off the ambitious pursuit. Plan in hand, he presented his vision to the village board on a Monday and Overton Area Community Fund the very next day. His ask? Funding for supplies from both the village and the Fund and their invaluable connections and influence to recruit more volunteers. With enthusiastic support from both entities, the only matter still in question was one of design. Lucky for Jensen, he had direct access to roughly 80 of Overton’s most innovative and creative minds.

Jensen found an aerial rendering of a regulation basketball court, printed off dozens of copies and distributed them to every class in Overton Public Schools. Using the handout, students of all ages were challenged to capture their dream for what the basketball court might look like and submit to a panel of teachers.

In total, the panel received 43 submissions. They narrowed the pool to their top 10 choices and handed the ultimate decision over to the Overton student body which held a vote. It was a tight race, but in the end, two winning designs were selected. A green, black and blue geometric design by sixth graders Ariana Heusinkvelt and Braelyn Florell would go on the north court while the south court would feature a beautiful rainbow motif by sixth grader Daisy Ryan.

When asked what she thinks about her hometown, Daisy Ryan is quick to say, “Overton? Oh yeah, it’s awesome.” She adds, “It’s a small town. I know everybody in my class. Everyone is friends.”

In total, it took three weeks and 15 volunteers of all ages to clean the courts, fill in the cracks and recreate the sixth graders’ small-scale drawings in their new colossal size. The group began in late June and finished mid-July, in plenty of time for the new school year to begin.

Ryan says the best part about the project is seeing the finished product and having the opportunity to play on the court that once lived only in her imagination with friends during recess.

Jensen hopes students like Daisy will feel pride and a sense of accomplishment when they see the courts.

He also hopes that the project will demonstrate to his students that community spirit is alive and well in Overton and that organizations like Overton Area Community Fund are there to support the hopes and dreams of those who live there. Jensen says he has personally witnessed an evolution in his hometown in recent years. “There were times when this town didn’t always work together,” he said. “When I was growing up here, we had some things that I thought were really cool ideas, but then they would kind of die out.”

Jensen says this is no longer the case. “We’re putting more effort into pulling things off,” he said. “We’re trying to be a cohesive community, not just a collection of houses.” 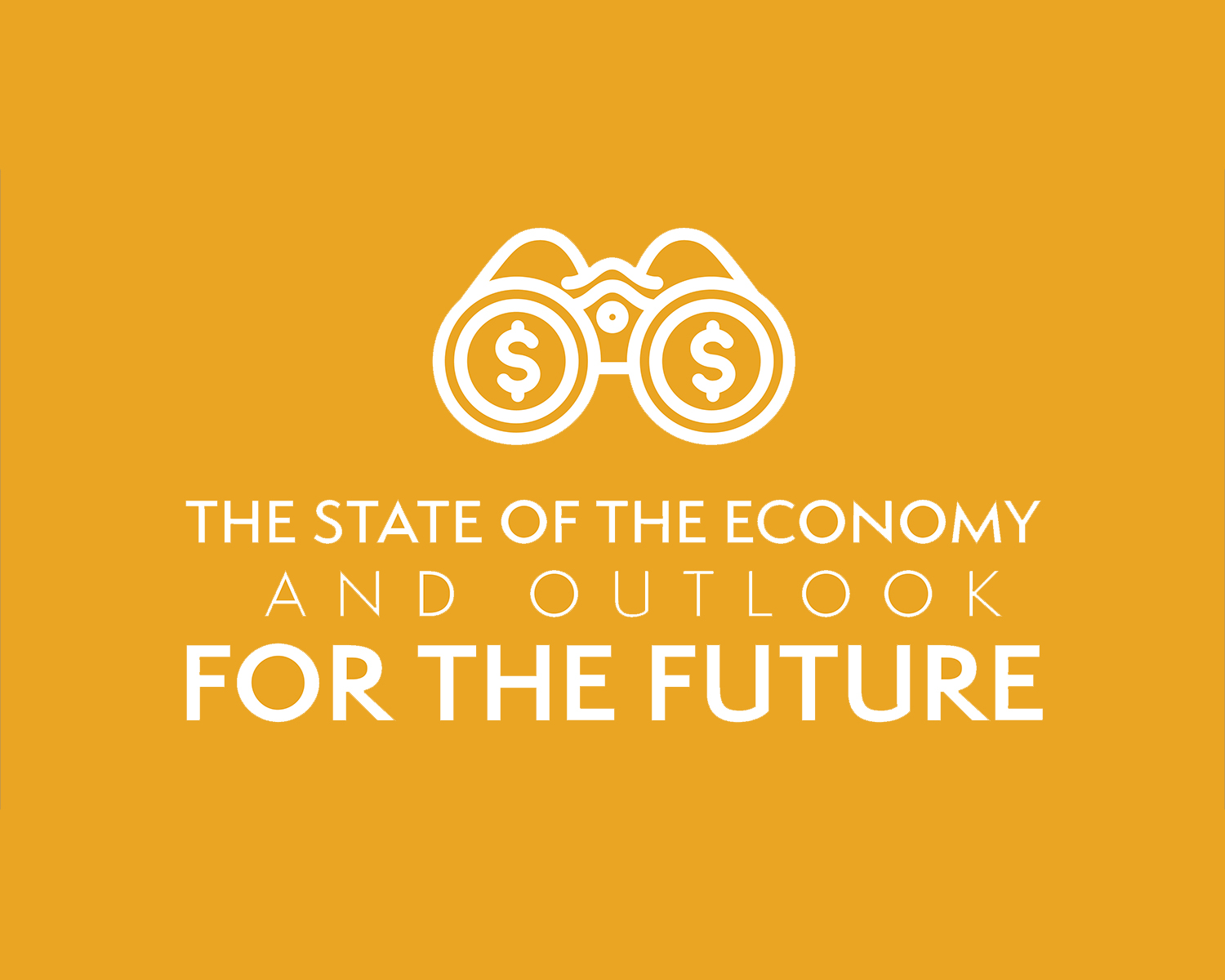 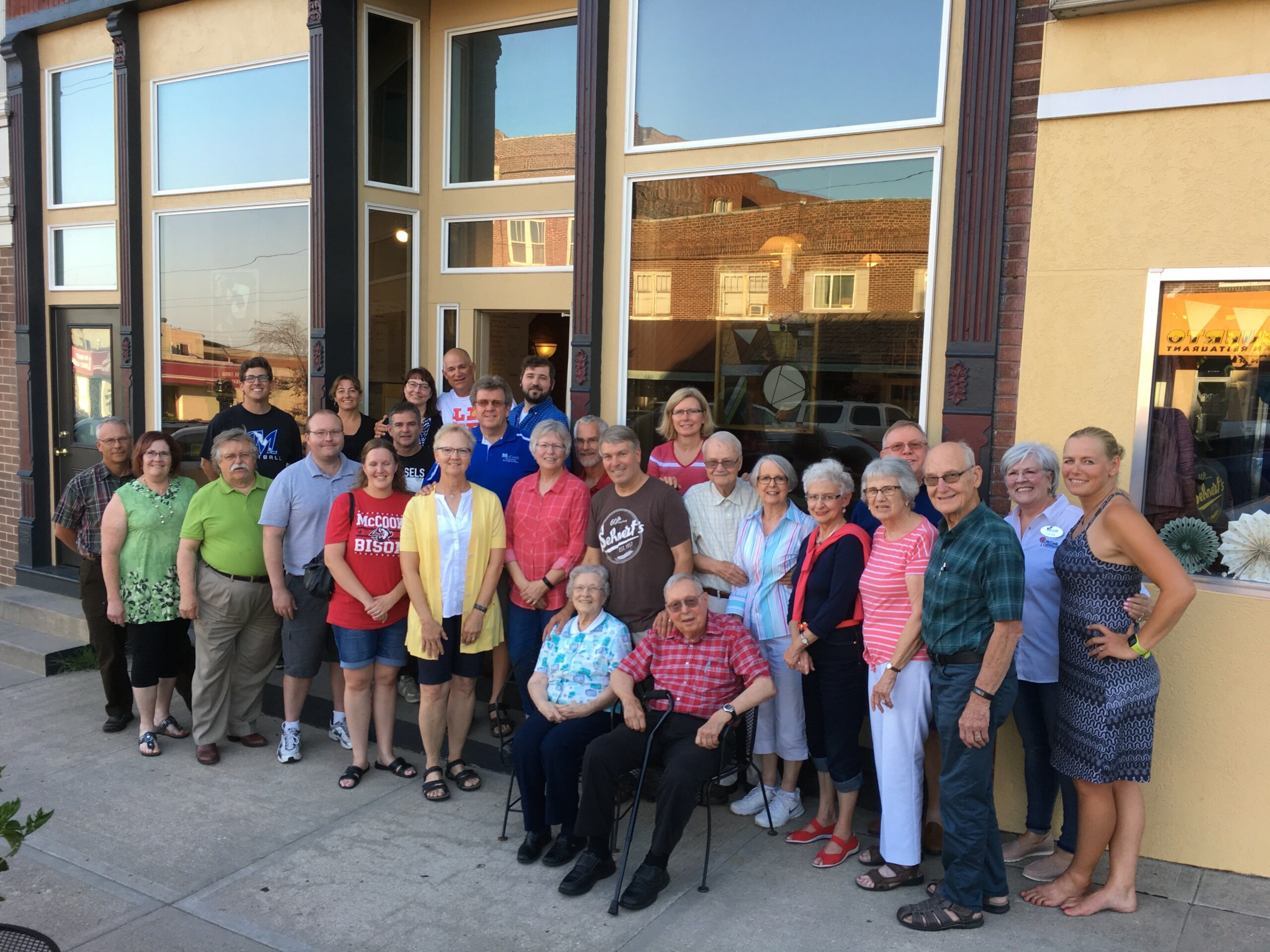 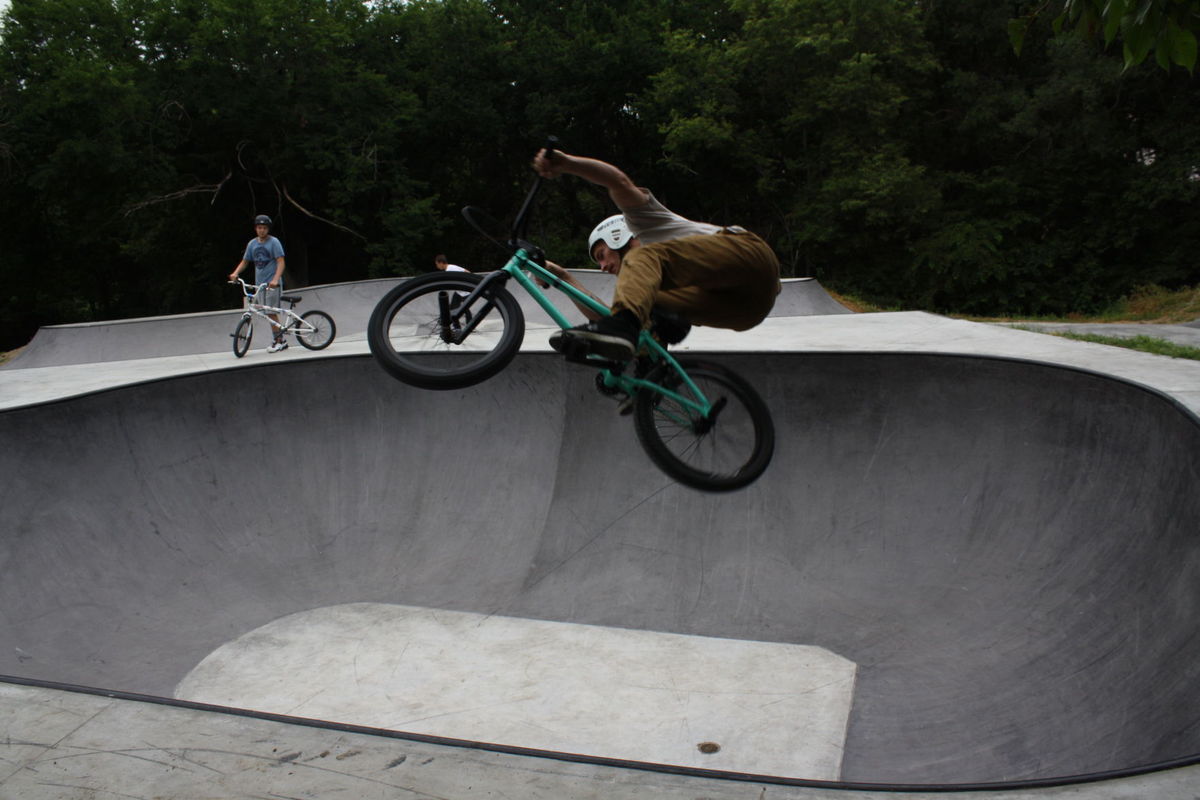